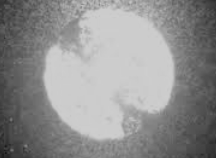 Jasher sat peacefully on the red lounge couch design he had lifted from 1800’s France, resting perfectly in the right angle’d divot he had taken out of the side of the metallic asteroid. Kay showed up moments later to sit beside him, and watch the spectacle.

“I tried to warn them.” said Jasher. He knew the explosion would be easily visible from this vantage point, and it was perfectly situated so they’d not have to crane their necks.

“They’ll kick out both Mars and Venus with the explosion, and send Mercury into a short death orbit around their Sun.” said Kay.

This was tradition when they botched things so bad, they’d run out of remaining timelines. Some version of this ritual would be performed. Typically, when they’d mess up this bad, it meant they simply needed a break.

Jasher whipped up a table, and threw some of their favorite RC Cola on it, along with red plastic cups. Jasher poured them each a cup. “Oh, 1988.” said Kay. They spent vast amounts of real time traveling between emergencies on Boaz. During one of these, they took fifty thousand real years of time deciding what was the best cola from Earth. Initially, they all went with the main favorite brand, then the diet version, then a special version, but in the end, after fifteen thousand years, they had to accept that RC Cola was the best. Jasher installed machines on every deck of Boaz.

Moments later, the Earth/Moon gateway exploded, taking out The Earth and Moon instantly, the shockwave traveling at light speed. Kay and Jasher watched most of it. It took a while. Eventually, the asteroid swung perfectly (why Jasher picked it) with the explosion wave as it hit the belt.

“So, we give up on this shit, and we STOP giving them Deference technology. Right Jasher?” asked Kay. But she already knew the answer. They had played out all 639 of these. It simply was not going to work to begin with.

“Yes.” said Jasher. “I was just hopeful they could handle it. We won’t make that mistake again. Screw it, we’ll take my plan B that you love so much.” said Jasher.

“Good!” said Kay. “It’s always your weird ones that end up being the right ones. Your bad ideas that aren’t.” said Kay.

“Fine. They’ll become a Universe of Food. We’ll exploit their best and most unique skillset. The Earth in this Universe makes the absolute best food anybody has ever made anywhere ever. We’ll need to start harvesting their cows to make prototypes for sausages and burgers and whatnot. You organize that Kay?” asked Jasher.

“Sure. I got my Zeta friends. They have science ships fit for long range sample extraction. They’d be perfect for stealing cow parts. We’ll make sausage and burgers and, all kinds of Earth food they’ll love. We’ll need eggs too.” mentioned Kay.

“We can fabricate those entirely. No need to get the chickens involved.” said Jasher. “The beef? There has NEVER been a way in any Universe to simulate a beef paddy that didn’t eventually suck somehow. Even the greatest matter duplication technology starts tasting fake after four of them because of our stupid human tastebuds.” said Jasher.

“Your mouth knows it was exactly the same DNA combination multiple times in a row. And every attempt at duplicating that mix of 300 random cows, that keeps a burger addict addicted, falls flat. You can tell it’s the same combination after a few.” said Jasher.

Kay loved it when Jasher would babble like this because it typically ended up being exactly what they had needed to do all along.

“For perfect beef addiction, you need constantly changing DNA making the beef. That keeps every burger tasting amazing. We’ll need to collect fresh cow DNA samples at a rate of about say, two hundred a year. Then we can mix those samples with our growing database to keep the fabricated beef mixes diverse enough to keep the local Galaxy hooked."

Jasher stood up and paced a little on the ledge carved out of metal and stone.

"With that, we’ll raise the money to build them their first Planetary Shell, with docks. Then they can start feeding everyone. We’ll set them up to refuel and re-food all the local ships nearby that everyone flies. They'll provide them with the best of both of those things. That will start Earth’s new legacy. But for now, we'll just start collecting cow DNA discreetly to build up a war chest for later. The Zeta folks can be discreet right?”

"Yes, they can. They've been visiting them for a few millennia.  I'm sure they'll be fine." said Kay, while not actually being sure of that.

"Good. We'll only need them until say, 1970. Depends on how things pan out with construction, and when we can slip that in. Yanno, introductions." said Jasher.

(They played with Introductions thousands of ways. Three of those will end up in this story.)

April 05, 2019
Frank ( ℍ𝕀! ) <-clicky had stolen literally thousands of spacecraft. He didn't keep them all. Hell, he didn't keep most of them. He had about 50 that are personal that he never gave up. Most of the time stealing a ship is work. It's lots of time and planning. But sometimes it's wonderful.


Frank's favorite easy one was so easy he's not even sure if you can call it a theft. In fact they were just like "here, take it". He probably shouldn't count it.


He had flown a big cargo ship stolen from hundreds of light years away with the intent to fill it up with Zeta Reticuli saucers on Z4. He knew they had no security to speak of, and no alarms.


"It's amazing man. They just offer the things. They are everywhere. You trip over them. There is literally a public machine where you push a button and it makes themfor free."


He didn't want one of the pieces of shit. He just wanted to sell a bunch to get what he really wanted. He kn…
Post a Comment
Read more

Jane was going to lose her mind. She really hated this job at times. If it wasn't the crazies on the phone she was supposed to keep away from David, it was the lonely dorks that worked there slowly each taking a turn trying to chat her up. But that was just life at The Search. God what a stupid name.

David had been pacing in his office. He was on edge. He did not know why. He went to the liquor cabinet and poured a neat scotch. His desk com lit up so he wandered back.

"Ok, you have to talk to this guy right now. He's freaking me out. I can't handle this." she said quite forcefully.

"That's fine, just patch him through."

Jane felt every nerve stand on end when the nut on the phone said it.

"Young lady, I have sat here and watched you outright lie to me for five minutes. You did NOT check to see if he was available. You sat there and played with your cell phone. Now I'm losing my patience. …
Post a Comment
Read more

"You think I'm lying" said Jasher plainly. "I tell you what. You don't have any concept the energy it costs to do what I've been doing here forever. I'll turn the shit off. I warned you. God, I wish Kay was here to see this."
Wolf News main anchor, Bret Starling was ready. This was his moment. The moment that would define his entire career. The guy that had just appeared out of thin air an hour ago was the one Washington called about that could just show up and get right past security. The guy that put the space ship in front of the moon. It was later explained that he hacked the satellite feeds. This guy was a super hacker. If he was careful here, he'd win a daytime Emmy.
Suddenly, next to the hippy looking hacker guy, out of thin air was... no other way to say this, what looked for all the world like Audrey Hepburn. Just, boom. One second nobody, the next, there.