The dick had been calling for hours.

Jane was going to lose her mind. She really hated this job at times. If it wasn't the crazies on the phone she was supposed to keep away from David, it was the lonely dorks that worked there slowly each taking a turn trying to chat her up. But that was just life at The Search. God what a stupid name.

David had been pacing in his office. He was on edge. He did not know why. He went to the liquor cabinet and poured a neat scotch. His desk com lit up so he wandered back.

"Ok, you have to talk to this guy right now. He's freaking me out. I can't handle this." she said quite forcefully.

"That's fine, just patch him through."

Jane felt every nerve stand on end when the nut on the phone said it.

"Young lady, I have sat here and watched you outright lie to me for five minutes. You did NOT check to see if he was available. You sat there and played with your cell phone. Now I'm losing my patience. Please let me talk to your boss. I can SEE HIM getting a drink right now. If he has time to daydrink, he can talk to me."

She was quitting. That was it. Her friends were picking on her anyway. Asking her if she met any aliens. Working for UFO researchers was a very bad idea.

David had started The Search because of something he saw. Something he just couldn't explain any other way, than what he knew he saw. He was a young submariner in the US Navy when he saw a huge craft rise up out of the ocean, steaming. Even took a picture. 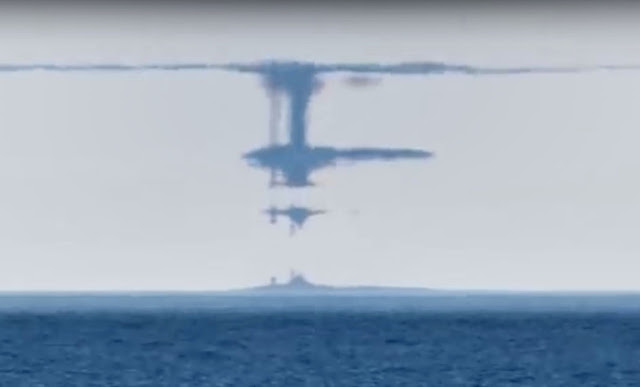 And that set his direction for life. After finishing up his tour, he founded The Search.

"You should fire that young lady. She's rather rude." said the voice on the phone.

"Well, Jane is a new hire. I'm sorry if she treated you poorly. How can I help you mister..." David lead.

"You can call me Frank. I have something for you. But I need to do this just right. Look out your window."

David looked out the window. He thought he saw something. His brain wasn't registering it. It didn't make sense.

That broke the magic spell. He was looking at an arm waving at him from thin air.

"I'd try to get closer but I'd worry a pressure wave might break your windows. You want to end your search?"

The tumbler shattered on the hardwood floor.

"Get your trusted people. Definitely your lead scientist or engineer. 9pm behind your building. I don't care how many people you bring. Just that you can trust them with your life. And I mean your life. NO CAMERAS."

The arm waved one more time then disappeared as the phone hung up.

At 9PM behind the converted warehouse that served as the offices of The Search on the outskirts of Muncie ten men and women stood. Most of them thoroughly convinced David was completely off his rocker. But he was a great friend and they were all along for the ride. And it has been pretty fun so far. Some prior military like himself that had seen things they simply could not explain. Some just professionals at the kind of work despite the type of data. David's best friend and husband was a world class photographer that didn't believe in any of it, but loved David and working with him.

Their skepticism vanished as effortlessly as the ramp slide out of thin air to reveal a massive lit interior in the sky just 30 feet away.

They stood in stunned silence. A man, about 50, in good shape with a clean shave and sharp haircut walked down the ramp.

"Thanks for not bringing cameras. I meant it. It's for your own good. Who is the chief engineer?"

A thickly bearded man, you'd think of as tech santa raised his hand.

Frank tossed him what for all the world looked like a set of car keys.

"I hated the stupid sensor bar so I put a real automotive key and lock system in it. That also meant I could hot-wire it in a pinch. I like that option."

"Ladies and Gentlemen, I present you the TR-3X. I stole this 15 years ago almost to the day. And now it's all yours."

David was crying now. "Could I hug you?"

"No." Said Frank and changed the subject.

"I have the countermeasures up. DO NOT turn them off. If you do, you will get the last operational X killed in minutes. If you are careful, and you read the manuals I left, you can never get caught with it. I also left the B manuals. I thought you'd be interested."

David could only utter one word.  "Why?"

"Because somebody pissed me off. That's why. Now, if you are smart, you will carefully study it for about four months. Then if you are even smarter, you will fly it to another research outfit and tell them to do the same thing. Just give everybody a turn with it. Give them time to document and prove it's real. Then do one big timed reveal together."

"How did you get it in the first place?" asked engineer santa.

"By being very patient. Hell, I'm not the first guy that stole a craft. I was just the first one smart enough to steal one that has an easy fuel supply. When they started decommissioning the B's, sure, about 50 of them were stolen. But that fuel runs out, and there's no way to get more without getting your ass blown off. Guys tried. You will never see another 3B. And good riddance. What pieces of shit. Mine blew up over Guam. Either way.."

Frank turned and starting walking off.

"Where are you going?" ask David to his back.

Frank kept walking. A minute later he seemingly disappeared. Then shortly after a massive craft shaped like a sea ray appeared for a moment, dipped its wings, turned, and shot like a streak up into the sky.