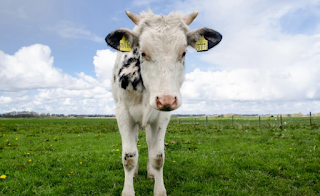 𝔊raydoff scanned the ground over the quad. Jennifer had just left a conference hall, and was making her way back to the dorms. Dressed in pink from head to toe, a fairy tale princess. Halloween was fun at Bowdoin. She had met a nice boy too. He was very religious, but very cute and good. He might be too good for her. She enjoyed the occasional drink or joint, and took great pleasure in tearing people apart on online forums as a hobby, while maintaining an outstanding GPA. She wasn't a bad person, but wasn't a particularly good person either. Everything was rationalized. Everything was explainable. Everything was justified just by happening. Jennifer was a Sociology major.

He simply couldn't target them if they had positive intent, and colleges were full of the positive types. It was maddening. That being said, it was terrifically easy to take the ones with terrible intent, and they were easily five percent of the student body. Better? nobody missed them. Their authorities would write the story for the folks nobody liked. "He was despondent and didn't get along with the other students. Had very few friends. This is looking like a suicide. Hope the body doesn't show up in a public place." But digested bodies don't show up.

Gray's prospects were looking grim, but then he saw someone flickering. Someone right on the edge of edible. With the parties and socializing, the positive intent generation was formidable, but you always had a few outliers. He deftly turned and dropped two thousand feet in a few seconds, lined himself up and grabbed Jennifer as if she was a doll. She screamed the entire way back to his lair hidden on a nearby mountain top.

He put her down carefully near the disorganized pile of uprooted trees he used for a bed. She was flickering, so he would have to bring out her negative intent to make her edible. Eating her now would be close to a death sentence.

"You are dressed like a whore because you are one. You crave the touch of men. You are bad."

This 100 foot tall birdlike monster had just spoken perfect English. Jennifer snapped out of her shock. That meant it could think. That meant it was sentient. That mean it could be bargained with. She had written a scenario for dealing with warlord nations in one of her humanities classes. She would apply this now.

"YOU LOOK SO YUMMY!" said Gray. "Dressed in pink like a wonderful treat!"

"But why would you eat me? I'm a sentient being that can think. Why wouldn't you make me a worshiper instead and live like a true God?" challenged Jennifer.

"Worshiper? Why would I want worshiped by my food?" asked Gray. And Jennifer knew she would be ok now. She was that confident in her abilities.

"You would eat me instead of putting me to work for you? Someone that can think and feel and reason?" posited Jennifer. "You are clearly intelligent. You learned my language. How?" asked Jennifer.

Gray, not used to his food doing much other than screaming or threatening to sue him, and demanding to be set free if they were trust fund kids, was puzzled. "Your language is easy. I learned it from hundreds of years of listening to you babble before I eat you." said Gray coldly. "What could you tiny beings possibly do for me other than being food." said flatly. Not a question.

"Cooked? The thing your people do where you burn food? Why does it even matter?"

"Surely you have taste buds. Do humans even taste good? We use so many chemical products. Our clothes are synthetic materials that have to be hard to digest." said Jennifer. "Why aren't you eating cows or sheep or horses or squirrels for that matter." asked Jennifer.

"They are innocents. I haven't tried to eat them because I typically focus on those with bad intent." said Gray. And he meant it. Those beings were completely gray to him with his vision. That didn't mean he couldn't eat them, he just never tried.

"Tell you what. If you go get me a cow, and a few other things, I'll cook it for you and you can try cooked beef for the first time. It will be amazing for you." suggested Jennifer.

Graydoff pondered this offer. She couldn't escape and she couldn't be found. He had immediately destroyed her purse because her cellphone was emanating a constant stream of negative intent. She would never be able to climb down the sheer 400 foot face in front of his lair.

"I'll be back." said Gray and moved with a speed that looked fake. He was suddenly feet from her. It was so fast and so surreal it looked created as if Gray was computer generated. But this was all very real. Jennifer realized it. This being was the alpha predator on Earth. "Clean yourself up before I get back. There's a pool of water 100 meters away to your left." said Gray. Jennifer had literally shit herself. The fact that Gray knew immediately terrified her. Gray then left in a blur. Jennifer was alone. She started crying while making her way to the enormous bowl shaped indentation in the rock Gray had made to collect water from a small melt-water source springing from the rock. The overflow ran out of the cave opening via a meticulously crafted channel. Gray could be very precise.

Jennifer washed herself clean as best she could. Almost before she was done, Gray was back with a live cow, and a pile of wood. He stood before her as if awaiting instruction.

"First you need to kill and skin the cow. Take all the skin off." said Jennifer fake confidently.

"I don't know if I can. It's gray to me." said Gray. "Try." suggested Jennifer. Graydoff easily twisted the cow's head off. He smiled like a young boy learning something awesome. He then proceeded to peal the cow like a banana, leaving behind the meat and guts. Jennifer threw up.

"So I should light up this wood now?" asked Gray. His talons still glistening with blood. "Yes. But the meat needs to be elevated over the heat and not directly in the flames." said Jennifer. "Okay." said Gray and she watched mesmerized as he fashioned a stand out of solid rock using just his breath. That meant he could visualize structure in his head, then create it thought Jennifer.

The smell of the cooking cow was intoxicating. Gray was getting excited. "When? How long?" he asked. "Give it another ten minutes, and keep turning it." said Jennifer. Gray was carefully turning the cow on the stone spike he had crafted and thrust through it. They made small talk as he cooked.

"That would be convenient." admitted Gray.

"What if you had a huge castle built for you by a thousand men. A palace made of marble?

After a short time the cow was done. Gray confirmed with Jennifer that it was. He swallowed the entire cow whole, pulling it from the stone spike. It was fantastic.

"Thank you for teaching me that human." said Gray. He carefully picked her up. She had barely registered his huge clawed hand before it had her. She resisted the urge to scream. She was confident they had made friends...

Until she felt the stone spike entering her butt. "You aren't flickering anymore. Selling out your race of beings made you food. Thank you so much for teaching me how to cook. I will use this skill from now on."