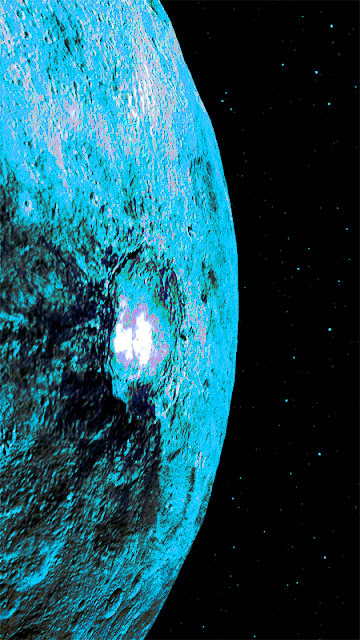 4
"Time to get the plug. We should get the plug."
Said Boaz after finishing his treatise on his beloved sister. Boaz would have just done it and said nothing but Frank asked a question. Frank just fucking LOVED asking the kinds of questions of temporal beings that create spendy time buffers. It was like his gift. Getting directly to the core of things efficiently was prerequisite for a temporal being like Boaz or Jasher or Kay or even Stephy now that she had the hang of it. A non-temporal standard projection being that kept doing it artfully with thought was draining. What should have been the smoothest interaction possible became bogged down by automated probability alarms. Thousands of them. Frank was unknowingly choosing perfect outcomes and the system had no idea how to interpret it, so it over-reported.
Not that Frank would or could ever know how irritating he was to the infinite. He'd never understand why. Frank wasn't temporal. He was just inconveniently the Three Second Universe Jasher.
Universe -3233994677995321233 (our Universe, the "Restaurant Universe"), is where Frank had ended up. His Universe, the one almost an exact copy of ours three seconds behind it, was a side effect of the Momon, the supermassive Black Hole Jasher parked and hid just outside our solar system. So instead of Josh Martin becoming Jasher in the late 1970's, the Three Second Universe got no Jasher, but it did get an Edward Franklin Drake with amazing temporal foresight, but no actual temporal ability.
At least, not without help.
"Plug?" asked Frank.
"I um, replaced a bunch of carbon in my shape. That made a plug of it. I put it on the opposite side of the sun from here. We are going to switch places with it." said Boaz, then it simply happened. The massive windows of the bridge that had been black were now flooded with space. "That's nuts though. What if they found it? They'd think they found a space ship." said Frank. "Oh, they did find it." said Boaz and stopped. He then braced for the pain as Frank's brain figured out that meant they found it but it didn't matter because they couldn't get to it, couldn't do anything about it, didn't want anybody else knowing, so pretended it wasn't there. Frank knew most of the key players that would have made the decision and smiled. Boaz rapidly cleared away the sea of probability alarms clouding his vision. Again.
Grik would leave after a few days. He wouldn't get to see Frank again for a very long time. The plug of carbon and Boaz swapping places was instant and quiet. Grik had no way of knowing that Frank was back and had just jumped to the other side of the Sun in a seven billion year old temporal battlecruiser.
With all that out of the way, Boaz was now free to explain some.
"When my sister fled to the edges of the Multiverse to avoid the explosion Jasher and I caused, she got caught enroute by Momon and flung into your Three Second Universe. Because of that her existence was hidden from me entirely until Jasher found her. Your accident with your Candy Ship did more than bump you here. It bumped him there. We've been without him since your arrival. So what we need to do here is two-fold. For one, we need to get you to my sister and talking to her. Waking her up."
"Why can't you do that? Why me?" asked Frank.
"I was getting to that. I want you to imagine that the guy that blew up your Multiverse and all the people you knew and loved, for the good of it mind you, wants you to wake up and be friends again. She's never going to talk to me again. I'm not being dramatic. I can see the timeline she can't. But someone needs to save her. I see the timeline where you save her. I see a lifetime of outstanding companionship. I see my sister happier than she could ever be. She's never going to understand why we did what we did." said Boaz. Despite his rugged exterior, you could tell Boaz was fighting some emotion.
"So what are we doing now?" asked Frank. "Waiting for Jasher. Getting you on my bridge took you out of the temporal Multiverse. I have my own projectors here. That should unlock Jasher so he can come back." said Boaz. "And we want some Jasher magic to handle Ree. Even if she can't know that's what it is."
Boaz didn't want to hurt Frank's feelings. Boaz knew that when Jasher got back, he could do something about the alert and warning minefield Frank was. It had gotten beyond annoying at this point.
And he did.
Jasher popped up in front of both of them. Frank was surprised when Jasher looked absolutely nothing like him. "So this is the guy. We have to figure out how this happened." said Jasher. "Hold up a sec." said Jasher as he zoned out to get a quick data dump on what he had missed being gone for years. "Thanks Boaz. Thank Kay for me. I see she's already resting." said Jasher. Jasher was smiling. Boaz knew why. The Multiverse, not knowing what to do when Jasher disappeared, did the personality check, and a six year old Jasher personality won. And since that dictates Jasher's appearance, and it's permanent, Kay had been chasing a six year old Jasher around for fifty years. Everything corrected temporally when Jasher returned, and Kay had already set an away on her console.
Almost immediately Jasher was flooded with probability alerts generated by Frank. A few seconds later he disabled them entirely and Boaz sighed contented. "Whoah, that had to be annoying." said Jasher. Boaz smiled. Frank got a puzzled look on his face but ignored it.