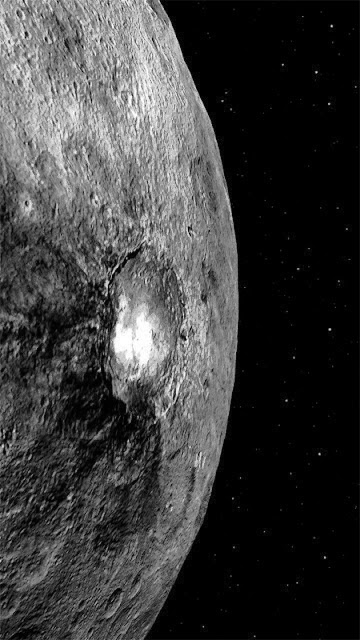 In a split second the three were seated in a, well, space restaurant. Boaz looked at Jasher and began to raise his finger, but then stopped and really looked around. "This isn't your restaurant." he said clearly stunned. "Well it can't be. He's not temporal. This is actually the Three Second Universe attempt." said Jasher. "Because the Multiverse has a sense of humor, I got bounced here when Frank bounced there." said Jasher. "Back and forth is no problem now that we've broken the paradox with Frank."

"But, that makes no sense!" said Boaz. "He didn't know about this place when he was here or there and he's not really you."

"No, and that's not the only truly bizarre and fucked up shit. You had to wonder where Momon went, right?" asked Jasher. "No." said Boaz. "Yup." said Jasher.

Jasher slid the now manually operated viewport slider to the side in their booth. There was Momon, huge as shit taking up most of the window.

"The restaurant orbits Momon in this version, but there's a lot of bizarre shit back and forth that happened. I've got a short list but the big ones are, Momon, the entire Zeta system was swapped, anything under the influence of Momon even a little bit got swapped so the DAL Universe may suddenly stop being a worry forever, this place has no Trappist system now, and a murderous race of death birds were created. That last one is my fault." said Jasher. "Oh, and we aren't going to let you or Kay meet your counterparts in here. Unless you want to do it all over again." said Jasher while looking at Boaz. "We can talk about all of that later. Right now we have to talk about Ree."

Jasher turned to Frank finally and just stopped talking. He looked like he was soaking him in. Jasher started shaking his head and pulled a small data display out of thin air and started reading, shaking his head more. "Your life. I have never been so jealous of another individual. You have the most amazing life." said Jasher. Boaz hadn't even considered this. Frank didn't understand what all the fuss was about. He worked hard. It sucked a lot at times. Boaz got it though. Frank's life would be like a dream to Jasher. Frank had no idea how amazing things would get for him after a few hundred years of sheer terror. He also didn't know how amazing it was to be in the presence of Ree.

"So, let me lay out the plan. We have to introduce you to Ree but she can't know we are involved directly. So we have to do som"

Franks vision blurred. Everything was bright and cloudy. "They are so full of shit." Frank heard in his head so loudly it sounded like he just heard it. Jasher and Boaz were not talking anymore. As his vision cleared he saw he was again on the bridge of a massive ship. Seconds of bright crystalline design with silver accents and myraid deep rich coppers reflected over and over softly in the clear carbon framework before he passed out.

Then it was like reality started up again from zero, Mimicking the start of merry melodies in nature. Someone turned the speed knob from zero to normal. And he was looking at his hands for some reason. "It should be very close to reality. The tech being used to make this is the same." said a beautiful short woman of about thirty with amazing red hair that entered his line of vision as his hands lost a popularity battle with his eyes.

"This is me right before they change me. A very long time ago. Jasher and Boaz were about to do something my handlers used to do to me every time I came back. Erase my memory. I couldn't just watch them do it so I copied you." said Ree and smiled. "With you out cold I can talk with you here where I'm not a big ugly space ship. But you'll be up soon. Then you'll get to meet the real me."

"Then just be there." said Frank in a stunning display of "Franking" as she'd start to call it. The second he said it, it was like he unlocked temporal barriers. For the first time she was seeing temporal warnings. She wasn't supposed to be seeing these. Instantly her insanely powerful data processing functions found a pattern in the temporal output that allowed her to create a solution map. His error type and order created instantaneous negative version probability mapping output. She could literally see what he was getting at by min maxing probability maps.

"Oh. I could just use the same tech I used to copy you, to." Then Frank did it again. This time with more power. "Like how Jasher made Boaz." This time when the alerts were clear she had an actual design template. "I couldn't be exactly like Boaz. I." but then her powerful processors designed to sift through a Universe worth of transmissions at once, came up with the solution. Ree smiled.

"We are very compatible." said Ree. Once again his vision started blurring but not because he was being copied. He was waking up. He did his trademark stretching his arms and legs to max before opening his eyes. If he didn't he'd fall back asleep. "It worked." he heard. When he opened his eyes she was exactly the same. She was all smiles though. Ear to ear. It was a good look.

(writing the next chapter now. It took FOREVER to see this part of the story. I got most of what happens after done but talked myself into a paradox. Resolving the paradox required making it not matter. : ) )